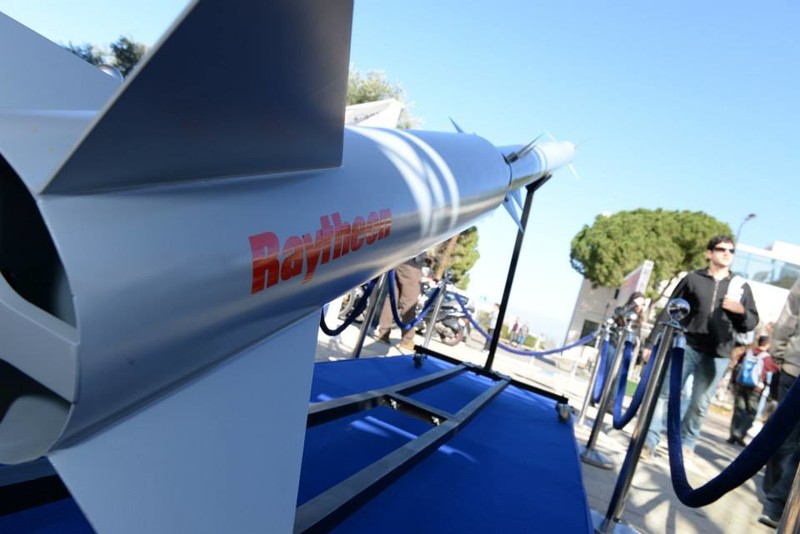 An image from a January 2014 jobs fair at Israel’s Technion, which featured numerous arms companies to which the university has close ties. Hundreds of Italian academics are urging a boycott of Israeli institutions, in particular Technion. (Source: Facebook)

There have been major breakthroughs in Italy for the campaign to boycott Israeli academic institutions.

More than 200 academics from 50 Italian universities have signed a call for the boycott of Israeli academic institutions until Israel complies with international law.

This is the first time a significant number of Italian academics have taken a public stand in support of the Palestinian-led campaign of boycott, divestment and sanctions (BDS).

The move comes just months after Italian Prime Minister Matteo Renzi lashed out at the BDS movement as “stupid and futile” in a speech to the Israeli parliament.

The Italian scholars join more than 1,500 of their colleagues in the United Kingdom, Belgium, South Africa, Ireland and Brazil who have endorsed similar pledges in recent months.

The scholars endorsing the Italian call, which echoes the pledge signed by UK academics last October, are committing to refuse invitations from Israeli academic institutions and not to act as referees or participate in conferences funded, organized or sponsored by Israeli institutions.

Consistent with the guidelines set out by the Palestinian Campaign for the Academic and Cultural Boycott of Israel (PACBI), which targets institutions not individuals, the academics clarify that they will “continue to work and cooperate with [their] Israeli colleagues individually.”

They also reiterate the anti-racist nature of the boycott campaign.

“I signed because I consider BDS to be of utmost importance. It has demonstrated its ability to have an impact and obtain results,” Patrizia Manduchi, associate professor at the University of Cagliari, told The Electronic Intifada.

“This will be an essential tool in raising awareness among the academic community, who often simply do not know what is happening.”

A professor of history, Manduchi also stressed the importance of “studying the historical record, the origins and evolution of the conflict, which are often forgotten.” She added that “history teaches us.”

Andrea Domenici, an assistant professor in computer engineering, told The Electronic Intifada, “I believe that those who have the privilege of a university education and of working as a researcher have responsibilities toward human society, and among them is a duty not to collaborate with institutions participating in systems of oppression.”

The call is also focused on ending ties between Italian universities and Technion, the Haifa-based Israeli technical university.

According to research done by the European Coordination of Committees and Associations for Palestine, Technion is slated to receive more than $18 million in European funding under the EU Horizon 2020 research program.

While all Israeli academic institutions play an integral role in developing and perpetuating Israeli policies that deny Palestinians their fundamental rights, Technion was chosen as a focus due to its involvement “more than any other university in the Israeli military-industrial complex.”

The boycott call notes that Elbit Systems “manufactures the drones used by the Israeli army to fire on civilians in Lebanon in 2006 and in Gaza in 2008–2009 and in 2014.”

According to a report by Defense for Children International-Palestine, Israeli forces “directly targeted children” in Gaza, where 164 children were killed by drone-fired missiles in the summer 2014 attacks.

Elbit Systems is destined to become Israel’s largest weapons producer as the only bidder in the running for the purchase of Israel Military Industries as part of a privatization plan. The acquisition would add advanced rockets, airborne bombs and precision multi-purpose tank shells to Elbit’s already deadly product range.

Examples of Technion students being groomed for and hired by Israel’s weapons industry and military abound.

These include campus job fairs, joint academic programs, scholarships, projects and research centers and even family and recruitment days sponsored by the military and weapons companies.

Last year, Technion developed a program tailored for professionals interested in developing Israel’s defense exports industry, where, according to one of the lecturers, “the sky is the limit.”

The Italian scholars urge their colleagues to suspend “all forms of academic and cultural cooperation, collaboration or joint projects with Technion.”

A 2005 military cooperation agreement between Italy and Israel provides for research and development of weapons systems and commits each country to “encourage their industries to search for projects and equipment with mutual interest for both Parties.”

The academics’ pledge also urges student associations to join the campaign to suspend agreements between Technion and Italian universities.

Students have been doing just that.

Last October, students and workers at the University of Turin and Turin’s Polytechnic, which both have agreements with Technion, organized protests during a two-day event featuring Technion aimed at “exploring new areas of collaboration to strengthen the cooperation” between the universities.

On the Italian island of Sardinia, a number of student groups and associations launched a petition calling for the suspension of “all cooperation agreements” between the University of Cagliari and Israeli academic institutions, in particular Technion.

Roberto Vacca, an organizer with the student union UniCa 2.0, told The Electronic Intifada, “Today we’re relaunching our efforts for an immediate end to these cooperation agreements so that our city and our university are not complicit in the horrors perpetrated on the Palestinian people by the Israeli government and institutions.”

Progetto Palestina, a Turin student group, told The Electronic Intifada, “We’re convinced that organizing academic boycott campaigns is crucial because Israeli universities are far from independent apolitical subjects but rather are perfectly integrated and involved in the state policies that oppress Palestinians on a daily basis.”

In yet another Italian first, the Italian Society for Middle Eastern Studies will host a panel discussion in mid-March on the BDS movement and academic boycott campaigns.

Panel coordinator and independent researcher Enrico Bartolomei told The Electronic Intifada he sees this Sicily-based event, along with the academics’ pledge, as reversing a trend.

“Despite increasing support on campuses and among professional organizations worldwide for endorsement of the boycott of Israeli academic institutions, academics in Italy have remained largely silent or set up even wider collaboration with Israeli institutions closely linked to Israel’s military-industrial complex and complicit in violations of international law and Palestinian rights,” Bartolomei said.

Bartolomei notes this “marks the first time an Italian academic association will openly discuss the BDS and PACBI campaigns.”

Italian scholars and students are working to raise awareness – and to turn that willingness into a liability in order to convince institutions to sever their ties.

Stephanie Westbrook is a US citizen based in Rome, Italy. Her articles have been published by Common Dreams, Counterpunch, The Electronic Intifada, In These Times and Z Magazine. Twitter: @stephinrome

thanks to: The Electronic Intifada